The approximate route of the April 2015 exploration trip will cover a total of 492 miles. Click this image for a larger version.

Photograph albums from the DDG-sponsored exploration trip in November 2014 are available here. A copy of the final itinerary for the April 2015 trip is available here.

The trip will proceed in an west-to-east direction. Starting in Santo Domingo, the team will travel to Jimani, a town on the border between Haiti and the Dominican Republic, and then south to the coastal city of Barahona. After returning to Santo Domingo, the team will then proceed east to another coastal city, La Romana, make a side trip inland to the city of Higüey, and will end up in a third coastal city, San Pedro de Macorís. A detailed itinerary is available here. 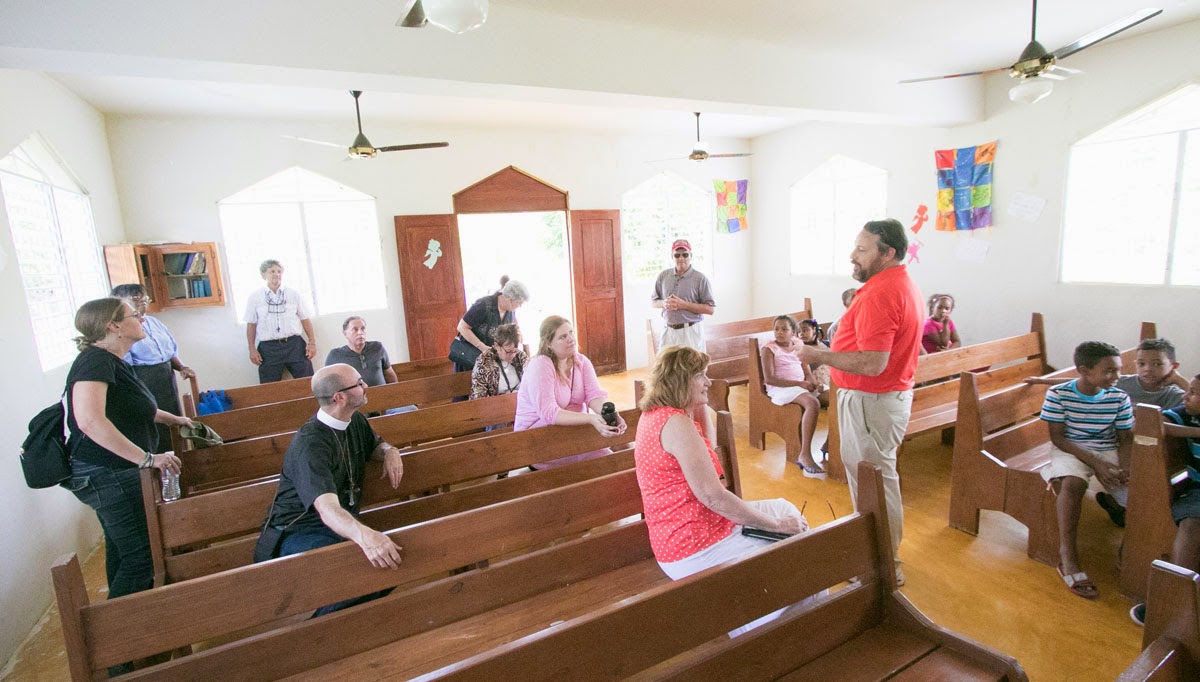 Members of a DDG-sponsored exploration team in November 2014 listening to DDG Executive Director Bill Kunkle (orange shirt) talk about the work of mission teams to build the Episcopal Church in Mozovi.

An initial set of photographs taken during the trip will be posted on the DDG’s Facebook page and a more complete set will be added later to the DDG’s online photograph archive.

Interested in taking part in a trip like this? The next one sponsored by the Dominican Development Group will take place during November 12-18, 2015, and is currently scheduled to follow a path like this April trip. For more information, contact DDG Executive Director Bill Kunkle [email bkunkle@dominicandevelopmentgroup.org or call (813) 400-2722].